To share your memory on the wall of Virgilio Manela, sign in using one of the following options:

Print
Virgilio Cantada Manela 84, of San Diego, Ca, passed away Wednesday night, March 11, 2020, surrounded by his family. Born February 12, 1936, in Dasmariñas, Philippines, he was the son of the late Primitivo and Susana Manela.

Virgilio w... Read More
Virgilio Cantada Manela 84, of San Diego, Ca, passed away Wednesday night, March 11, 2020, surrounded by his family. Born February 12, 1936, in Dasmariñas, Philippines, he was the son of the late Primitivo and Susana Manela.

Vigie joined the Navy at 23 years old and arrived in San Diego for bootcamp. Later, he served on 2 ships at the start of the Vietnam War. He was then stationed in Memphis, Tennessee where he met his wife Dorothy Gay and began his career as a U.S. Naval Musician. Upon completion of 20 years of faithful service he retired to spend more time with his family and various hobbies. Vigie loved making jokes, marching bands, cowboy and action movies, his gun collection, Starbucks and decaf coffee, golfing, muscle cars, karaoke, cooking, and food of all types. He was a man with many interests and talents.

The Manela family would like to thank everyone for the outpouring of prayers and support during this difficult time.
Read Less

Receive notifications about information and event scheduling for Virgilio

You will receive any future notification messages.
Print

We encourage you to share your most beloved memories of Virgilio here, so that the family and other loved ones can always see it. You can upload cherished photographs, or share your favorite stories, and can even comment on those shared by others.

Chris, Edz & Xander Manela , Lorna Tacelly, Annette Martinez Nuntasiri, and other have sent flowers to the family of Virgilio Manela.
Show you care by sending flowers

Posted Mar 17, 2020 at 11:57pm
You are in our hearts and prayers. We will always remember Uncle VG as our Tijuana's guide and protector. He's smile at the border is a sweet memory

Posted Mar 17, 2020 at 10:48pm
My condolences to you Lisa, Bert, Mark and Mom, May you find strength amongst each other during this difficult time. 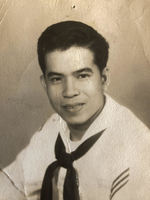 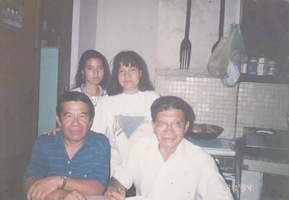 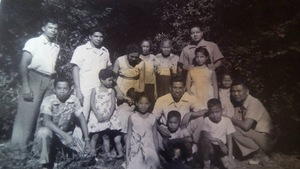