In Memory of
Regena Jeannie
Ingrassia
1947 - 2019
Click above to light a memorial candle.
Memorial Candle Tribute From
East County Mortuary
"We are honored to provide this Book of Memories to the family."
View full message >>>
Send Flowers
Menu

In the event that there is an error
in the information presented,
please contact the funeral
home by clicking here. 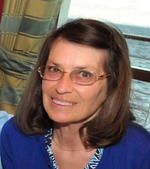 On Sunday, June 9th, 2019, Jeannie Ingrassia passed away in Winter Garden, Florida, peacefully in her sleep, due to complications from a stroke.

Jeannie was born on July 6th, 1947, in Windber, Pennsylvania. While her father was in the military, Jeannie and her family traveled the globe, where they eventually settled in San Diego, California. While there, she graduated from Morse High School. Jeannie enjoyed cheerleading and surfing. She was also one of the first cheerleaders for the San Diego Chargers football team.

She met Patrick Ingrassia Sr. on a blind date, and they soon married. While Patrick was in the US Army, they moved to Augusta, Georgia, where Jeannie had her first two children. They then moved back to San Diego, California, building a home in El Cajon, where she raised four children. Jeannie enjoyed watching her children dance, and her son play baseball and football. She also enjoyed fast cars, bowling, Prince, and trips to Las Vegas with family and friends. She adored all of her grandchildren and great grandchildren, and spoiled them whenever she could.

She worked at Hallmark, Pinto Horse Association, and Women’s World, before opening The Dance Machine in El Cajon, where she taught children’s dance for many years. Upon the passing of Patrick Sr. in 2013, she then moved to Florida with daughter Tina and her family, where she enjoyed cruising, going to Disney, and taking care of the family dog, Sadie.

Jeannie is preceded in death by:

Jeannie is survived in life by:

The Celebration of Life will be conducted at East County Mortuary in El Cajon, California on her 72nd Birthday, Saturday, July 6th, from 10:00-11:00a, followed by a 1:00p lunch at Lido’s Restaurant in Lemon Grove, for close family and friends.

The family asks that you have a glass of beer, a margarita, shot of tequila, or play a hand of Blackjack, to honor her memory.

As this is a Celebration of Life, black attire is not required.