To share your memory on the wall of Marco Velazquez, sign in using one of the following options:

Provide comfort for the family of Marco Velazquez with a meaningful gesture of sympathy.

Marco was preceded in death by his parents, his good friend and ex-wife (Heidemarie Anna Mawris), and his step-son (Rodrigo “Rudy” Moises Tamayo).

Marco is survived by his loving children, beloved long-time companion, and his loving step-children.

Marco was a proud man who loved his family dearly. He loved and was beloved. His memory will always live on with his surviving family and friends.
Read Less

Provide comfort for the family by sending flowers

We encourage you to share your most beloved memories of Marco here, so that the family and other loved ones can always see it. You can upload cherished photographs, or share your favorite stories, and can even comment on those shared by others.

Marianne Rubin purchased the Gracious Lavender Basket and planted a memorial tree for the family of Marco Velazquez. Send Flowers

Marianne Rubin purchased the Love's Tapestry and planted a memorial tree for the family of Marco Velazquez. Send Flowers 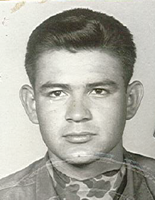 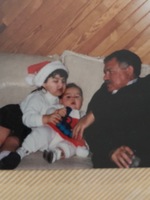