To share your memory on the wall of Georgia Van Tieghem, sign in using one of the following options:

Print
It is with great sorrow and greater memories that we announce Georgia Ann Van Tieghem, at the age of 88 and as a long-time resident of El Cajon, passed away peacefully in her home with her husband of 63 years, on January 28, 2021.

Georgi... Read More
It is with great sorrow and greater memories that we announce Georgia Ann Van Tieghem, at the age of 88 and as a long-time resident of El Cajon, passed away peacefully in her home with her husband of 63 years, on January 28, 2021.

Georgia, or Jody to most, was born on August 22, 1932 to George and Anna Kate (Lovelace) Ashworth in Rome, Georgia. After the passing of her mother, young Georgia was adopted by Russell and Gertrude Lively of Staunton, Virginia.

The day after graduating from high school, in 1951, she crossed the country to live with her Aunt and Uncle on an orange orchard off Greenfield Drive in El Cajon.

She met her husband Don Van Tieghem in 1957, and she said that at the time she wasn’t quite sure she loved him, but knew she didn’t want anyone else to have him! So they married a few weeks after meeting, staying together for an incredible 63 years.

She is survived by Don and their three children: Robin Anderson, Don Van Tieghem (with his wife, Kim) and Vana Elwell (with her husband, Curt.) They are blessed with eight grandchildren: Jennifer (and Dustin) Lothspeich, Joshua (and Elizabeth) Elwell, Barrett Van Tieghem, Justin (and Jennifer) Elwell, Breanna (and Brett) Faber, Riley Elwell, and Nicholas and Neal Anderson. They were also recently blessed with six great-grandchildren (all under three years old): Georgia, Simon, Julian, Gage, Joseph, and Harrison.

Georgia and Don devoted their lives to their family — packing up a truck and camper to explore North America with their young children was the highlight of their summers. She was also a manager and board member for Little League and Bobby Sox, a board member on the PTA at Flying Hills Elementary, and later a sideline fan at swim meets and water polo matches, followed by soccer, tennis, basketball, theatre, and lacrosse cheerleader for her grandchildren. She watched all their passions with joy and excitement, turning their zeal into her own, supporting them at every step.

After retiring from Thrifty Drug Store in the ‘70s, she received her AA at Grossmont College. Later, she and Don became travel agents and traveled the world making lifelong friends.

Georgia was a member of the La Mesa Woman’s Club for 41 years, and was honored in March 2020 as an Honorary Lifetime Member (an honor only a handful of women have been given.) She served on the executive board for many years and was an important part of the 110th birthday celebration as their historian.

Georgia was a parishioner of nearly 60 years at Our Lady of Grace in El Cajon. A mass will be held there on Thursday, February 18, 2021 at 1pm.
In lieu of flowers, please consider a donation to the Parkinson’s Foundation and/or The City of Hope.

Receive notifications about information and event scheduling for Georgia

We encourage you to share your most beloved memories of Georgia here, so that the family and other loved ones can always see it. You can upload cherished photographs, or share your favorite stories, and can even comment on those shared by others. 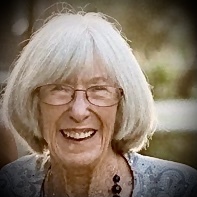 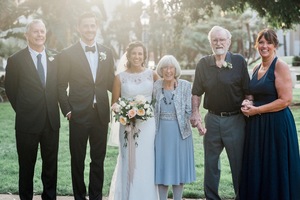