To share your memory on the wall of Drew Montgomery, sign in using one of the following options:

It was planned that Drew be born at home (just like his brother and sister before him) but he decided instead to make his entrance at the McShea abode. A life long A... Read More
Drew “Chuck” Montgomery
February 5, 1985 – January 29, 2021

It was planned that Drew be born at home (just like his brother and sister before him) but he decided instead to make his entrance at the McShea abode. A life long Alpine resident, he attended elementary and middle schools in Alpine and was a 2003 graduate of Granite Hills High School in El Cajon.

Drew grew up playing youth soccer and baseball in Alpine, high school football at Granite Hills and his love of sports carried over to playing softball at the Alpine Community Center. Skilled in many disciplines, Drew was a real jack-of-all-trades, working at various times as an iron worker, a plumber and ultimately as an installer for Alpine Fence.

Until their untimely move to Los Angeles, Drew loved Charger football, but it was his passion for the San Diego Padres that spawned his most precious possession, an assortment of autographed baseballs. He loved to play golf and maintained a collection of golf balls from the different courses he had played.

Drew is survived by his father Kirk, a sister Tyla, her husband Soner and his niece Elani as well as numerous aunts, uncles, cousins and friends. He is preceded in death by his mother, Andy Smith and his brother, Shayne.

Services are pending. For those who wish to send gifts, the family requests that you make a donation to a Substance Abuse Program or foundation of your choosing, whose mission it is to save lives and help bring an end to this crippling and senseless disease. For those dealing with this agonizing disease, Narcan can and will save lives. It is readily available at all drug stores and should be kept on hand by anyone suspecting abuse by a friend or loved one.
Read Less

Receive notifications about information and event scheduling for Drew

We encourage you to share your most beloved memories of Drew here, so that the family and other loved ones can always see it. You can upload cherished photographs, or share your favorite stories, and can even comment on those shared by others.

Plant a Tree in Memory of Drew
Plant a tree 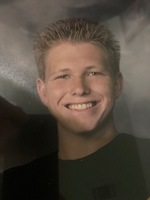 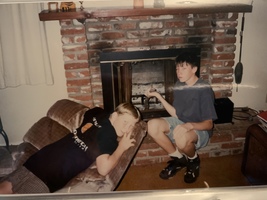