To share your memory on the wall of William Novak, sign in using one of the following options:

William Allen “Bill” Novak, devoted husband, son, brother, grandfather and friend, died peacefully in his sleep on March 6th 2021 at the age of 56 of complications from Amyliodosis.

Bill is survived by his mother Martha Novak (nee Schultz), beloved wife Liz Santa-Novak, daughter Leah Santa-Ruiz, son-in-law Craig Santa-Ruiz, and grandsons Mateo and Joaquin. Bill also leaves behind his sister Jane, brother-in-law DeWitt, nephews De and David, niece Ellen, and his beloved dog, Honey. He was preceded in death by his Father Richard William Novak and much-loved dog Chip, who are undoubtedly cheering together for their beloved Bears and Cubs Teams.

Bill was born in Lemont, IL on October 8th, 1964 to Martha and Richard “Lefty” Novak. Growing up, Bill attended Lemont High School before graduating from Illinois State University in 1987 with a degree in Business Management. He was an active member of Phi Sigma Kappa Fraternity. Following graduation, his sense of adventure took him to the “Golden” state of California. Bill worked in Retail Industry Management for 30 years, where it became his passion to empower others to become leaders themselves. Despite an early retirement due to his illness, he remained lifelong friends with many of his co-workers. Upon retiring in 2015, he and Lizzy moved from northern California to the San Diego area to be closer to their daughter and her young family. Always an Illinois son, Bill remained a lifelong Chicago Bears and Cubs fan, proudly wearing his Chicago gear all around sunny San Diego. He treasured his weekly discussions with his nephew De on all sports, from statistics to strategy, and of course predictions, just as he had with his Dad many years ago.

Often wearing a mischievous smile, Bill was an adventurer to his core, always full of life and his many plans with the people he loved. His adventures ranged from long road trips in his old van with Liz, to sky diving in Hawaii, to visiting as many national parks as he could. His dream was to design and build his retirement villa in Baja, Mexico. It is there where you could often find Bill, invariably shirtless, fishing in the Sea of Cortez and listening to classic rock. If his feet weren’t in the water, then he was on the roof with Liz, drinking a Modelo and watching the sunset.

“Papa Bear”, as he was affectionately called, was often found cheering on his grandson Mateo at his football game or going to a Monster Truck Jam with Joaquin. He was the kind of Papa Bear who always shared a bed with his boys, and they happily jumped in. Similarly, his nieces and nephews remember wrestling, being thrown in the air by Uncle Bill when swimming and getting rides on his shoulders.

Bill was a man full of fun and faith. He was a kind and loyal friend who would do anything for those he loved. Bill will be deeply missed by his family, friends, and all who knew him. His was a life truly well lived and loved. A celebration of life will be planned in June at Bill’s dream home, Casa HOPE (Heaven On Planet Earth), where his ashes will be laid. In lieu of flowers, donations can be made to the Amyloidosis Foundation (https://www.amyliodosis.org) or the charity of your choice.

The Family has posted a photo memorial on the East County Mortuary website (www.eastcountymortuary.com) and welcomes you to sign the guest book and share special memories of Bill.
Read Less

Receive notifications about information and event scheduling for William

We encourage you to share your most beloved memories of William here, so that the family and other loved ones can always see it. You can upload cherished photographs, or share your favorite stories, and can even comment on those shared by others.

Posted Mar 20, 2021 at 09:28am
It saddens my heart to hear of Bill's passing. I remember him well from the years we spent attending grade school and high school in Lemont. Bill seemed to always have a lot of energy and life and was fun to be around. He was smart and kind and always seemed to go with the flow. He was always one of the first to say Happy Birthday to myself and other former classmates on Facebook and always had positive comments for all. Seeing the pictures of his beautiful family and hearing their parting words for him is an indication of his successes. He left life way too soon, but it is apparent that the life he lived was full of love, laughter, and fun experiences that will remain with his loved ones now as they mourn and bring smiles to them later.
Comment Share
Share via:

Posted Mar 16, 2021 at 10:20am
I have many memories of Bill from our days in college. From the night I met him at the PSK Rush to the many camping trips to Shelbyville. Bill was in fact one of a kind, an easy going and friendly spirit that was always a joy to spend time with enjoying life. I remember the night we had our campfire on the beach instead of at our camp site....well ended up as more of a bonfire. We gathered so much wood and had it stoked high for hours, Also the night somebody said "do you smell rubber burning? What did you guys put in the fire?" Well that would have been Bill with his feet a little to close when he dozed off at the campfire and bottom of his tennis shoes started melting LOL! He always made it an adventure and was the first to help gather wood or get us all having fun. I cherish the time spent and the memories, it was too soon my Brother and you will be missed. RIP
Comment Share
Share via:

Posted Mar 16, 2021 at 01:30am
I knew Bill from my years of working at Bed, Bath and Beyond in Colma, California. His friendly demeanor, great smile and positive energy made it a pleasure to work with him. Fun and laughter were guaranteed when you worked with Bill. I am so saddened by the news of his passing. We share the same birthday and he's only one year older than me; he left us too soon. It's so sad for me to accept that he's gone. I loved seeing what Bill was up to in his FB posts and it made me happy to see him and his
latest adventures. I will miss you Bill. Thank you for your friendship. I'm sending you big hugs and prayers. I am so thankful and feel blessed blessed to have known you. May your soul rest in peace my friend. My heartfelt condolences goes out to your family.
Comment Share
Share via:
CA

Posted Mar 15, 2021 at 11:24pm
Bill I know you are at peace. I am so grateful for the time I had with you. I will cherish the memories I have of you forever! I love you❤️
Comment Share
Share via:
DA

Posted Mar 15, 2021 at 10:13pm
Bill was definitely one of a kind. Even though we didn’t stay in touch after ISU I have been telling stories about living with him and Larry for two years at 423 W. Vernon. Unsurprisingly people that didn’t know Bill think I am embellishing the stories. Those that knew Bill know otherwise. RIP in peace my friend and Go Bears !
Comment Share
Share via:
CA

Doug you said it right .. one of a kind 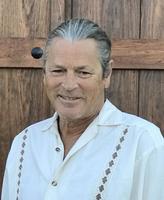 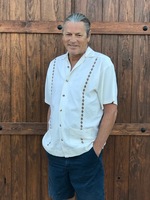 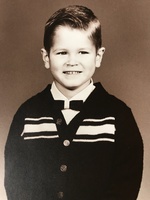 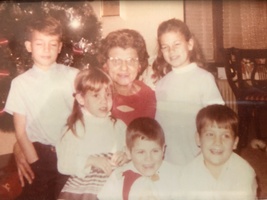