To share your memory on the wall of TIMOTHY CLAY, sign in using one of the following options:

History
Timothy O'Brian Clay was born in Dayton, Ohio and raised in Piqua, Ohio. He had open-heart surgery at 5, when his parents were told he would never be able to be highly physically active. He played little league football..torn ACL at 10, and played high school basketball then another ACL tear at 16. He was told he couldn't do the military because of too many surgery. He proved them all wrong. He went on to join the Navy and became a SARS and Medic. After 10 years of active duty service he became San Diego County Deputy Sheriff.

His character portrayed his love for people. Everyone he met got personal attention. He treated them like family because he came from a big family! He was always smiling and laughing of course being silly. He took his service to his country very serious.

Most importantly he loved his beautiful wife and sons with all his strength. He will be sorely missed!!
Read Less

Receive notifications about information and event scheduling for TIMOTHY

We encourage you to share your most beloved memories of TIMOTHY here, so that the family and other loved ones can always see it. You can upload cherished photographs, or share your favorite stories, and can even comment on those shared by others.

Posted Dec 04, 2020 at 08:56am
The Montgomery County Office of Reentry extends thoughts and prayers to the family of Timothy "Cobra Knight"Clay. Thanks for your service. God Bless!

3 trees were planted in the memory of TIMOTHY CLAY

Posted Dec 05, 2020 at 04:27pm
It was an honor to serve and stand next to this Giant. My thoughts, prayers, and purest condolences to his loved ones.

C.Brown purchased flowers for the family of TIMOTHY CLAY. 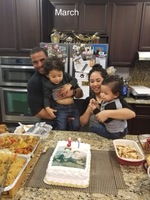 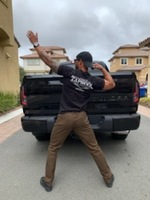 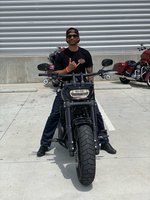 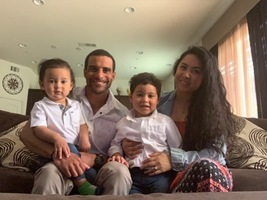