To share your memory on the wall of Terry Holliday, sign in using one of the following options:

Terry was known for always having a beautiful smile. Whenever his name was mentioned, people would always reply by identifying him as, “Oh, the guy that always smiles”. Terry enjoyed fishing and had several different games that he enjoyed playing. He also loved sports and playing on his keyboard. Terry was always a laid-back person. He enjoyed life every day, and got along with everyone. He will be terribly missed by all who knew and loved him.

Terry is survived by his daughter, Darkania Holliday. His sisters; Arlzenia Hasley, Annie Holliday, and Lorraine Humphrey. His brother Willie Ray. His grandchildren; Harmonie Q. Raines, Michael J. Davis, and Malaysia M. Davis. He is also survived by numerous other family members and friends. Thru their memories he will live on in our hearts forever.
Read Less

We encourage you to share your most beloved memories of Terry here, so that the family and other loved ones can always see it. You can upload cherished photographs, or share your favorite stories, and can even comment on those shared by others.

Posted Mar 12, 2020 at 06:11pm
To my favorite uncle you will be truly Missed your Smile that would light up a room and you endless conversations about your favorite team them Dolphins . Be blessed unc now you are with all our loved ones that went before they will show you the way take care Big T I will truly have you in my Heart.❤❤❤❤❤❤
Comment Share
Share via: 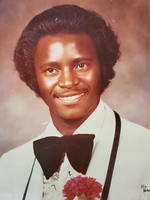