To share your memory on the wall of Ronald Scinocca, sign in using one of the following options:

Ronnie was the first born child to Ronald and Shirley Scinocca of San Diego, California on July 21, 1959. He attended St. Didacus Parish School and was a 1977 graduate of St. Augustine High School. He was actively involved in sports and had a profound love of racquetball and golf. He continued his love of golf by playing every weekend with his dad and various different relatives to complete the foursome for many years.

Ronnie was a contractor and was involved in many projects throughout San Diego. He was instrumental in the “Firehouse” Community Center on College Avenue with his company, Phoenix Constructors, having been awarded the contract. He was also awarded many contracts from Southwest Marine, the biggest accomplishment being the Training Center. He had also been involved with much of the revitalization of the City Heights area with the several apartment complexes renovations and individual home projects working with City Heights CDC and NHS. He had also performed many earthquake retrofits from the 1984 Northridge earthquake and numerous repairs to cabins and homes in the Big Bear Area. Ronnie and his cousin had received numerous write ups in the newspaper for their innovative remodels and integrity to quality work during the 1980’s.

In 1995, he met Teri and they married in March of 1998. It was to be the beginning of a passionate love affair taking them on many spiritual journeys together as one. One of their favorite San Diego past times was to play what Ronnie would often refer to as “touristo”. It started with spending a Saturday morning going out for breakfast at one of their many different favorite breakfast spots, walking the boardwalk afterwards and then driving to any number of local tourist destinations in the county and then wrapping everything up with a stop off to get some dessert for after a dinner of grilled or bbq’d meat and veggies. There were movies, trips to Las Vegas and several cross country excursions and many dinners and conversations too numerous to count throughout the years.

Ronnie is survived by his loving wife of 25 years, Teri Scinocca, his mother, Shirley, sister Sherri (Michael), and daughter, Laura, many loving friends and extended family. He was predeceased by his father, Ronald. He had specifically requested that there be no viewing or services. In Lieu of any flowers please consider making a donation in his honor to the American Diabetes Association, the American Liver Foundation or a charity of your choice.
Read Less

Receive notifications about information and event scheduling for Ronald

We encourage you to share your most beloved memories of Ronald here, so that the family and other loved ones can always see it. You can upload cherished photographs, or share your favorite stories, and can even comment on those shared by others.

Posted Jul 31, 2020 at 08:06pm
Teri I'm so sorry for your loss. Ron was a man among men he would always greet you with a smile even if he was having a bad day. I'm going to miss talking to him.
Comment Share
Share via:
VS

Posted Jul 31, 2020 at 05:03pm
I knew Ron mainly through my friend Teri, his wife and my son Christopher. Ron employed my son when he was young and inexperienced and desperately needed to learn some skills and have a mentor in his life and Ron happily stepped into those roles and my son benefited greatly from all Ron taught him. Im eternally grateful to Ron for what he did for my son. I am also happy to say Ron and Teri shared an enduring, vibrant and passionate love for one another. They weathered all the storms of life together coming out better as individuals and
most especially as a couple. I am sad for my friend that she lost the love of her life, but also rejoice knowing Ron believed in Jesus as His Savior and therefore Teri and Ron will see each other again in Eternity, where Ron waits for the love of his life. I hope you have the most awesome golf games in heaven Ron, you ran the race and now you get the prize, Eternity with Jesus and Father God.

Posted Jul 30, 2020 at 04:41pm
I was so fortunate having Ron as my neighbor during most of my years in San Diego. Being Jewish, I especially enjoyed discussing religion with him. These discussions were often complimented by wonderful barbecues at his house. These memories will stay with me the rest of my life.
Dave Goodman
Comment Share
Share via:
CC

Posted Jul 29, 2020 at 05:23pm
With our deepest sympathy to our aunt Shirley Ron‘s wife Teri and his sister Sherri. We hope the memories will stay with you forever of all the good times shared with Ron. Ron was one of those family members who loved Family the term you give ones that shirt off their back was minimal to what this man would do for a family member or a friend. We wish to thank him for the Time he spent helping my brothers wife when he passed. He gave of his time and all his effort to assist her during her moment of grief. We will miss you Ron love Nick and Cyndy Scinocca.
Comment Share
Share via:

Thank you. Ronnie wouldn't have done things any other way. He was about family and placed everyone else's feelings ahead of his own. He was so honored to have been there on behalf of Jimmy. And, you're right..he will be missed. - Teri
BM

Posted Jul 29, 2020 at 04:08pm
Our deepest sympathy to you Teri as well as Shirley & family. I always enjoyed talking with my cousin Ronnie. He always said how blessed he was to have you in his life. May all the memories that you shared be forever in your heart. Much Love Brenda, Ron, Heather, Ross, Melissa & Brooklynn
Comment Share
Share via: 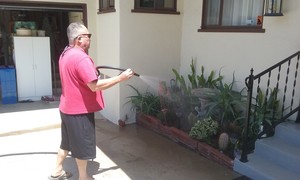 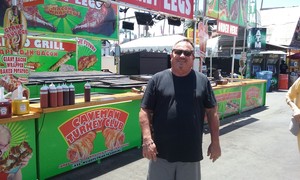