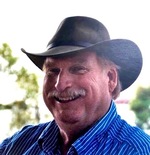 Robert died of cardiac issues at the age of 77. He was the son of Dr. G. Gage Wetherill, Medical Director for San Diego City Schools, and Helen Schwartz Wetherill, a registered nurse. He grew up in Point Loma with his sister, Ann.

Bob graduated from Point Loma High School in 1963 and from San Diego State University with a B.S. in Chemistry. He also earned an M.B.A. while stationed in Long Beach. Bob served as a Naval Officer during the Vietnam War. His top-secret duty took him to Adak, Alaska, where he decoded signals from Russian submarines. Bob later worked as a production engineer for several companies prior to becoming an entrepreneur.

In 1967 Bob married Linda Strick. They had two children, Laura and Matthew.

Bob was kind, generous, fun-loving, and loyal. His passion was surfing and he was a highly skilled woodworker. In 2010 he moved to the CA Veterans Home, where staff remember Bob as a “joy.” He appreciated the care and friendship they provided. Serious medical issues never prevented Bob from living an active life and seeking adventures, even in his electric wheelchair.

Bob was predeceased by his parents and his beloved son Matthew. He is survived by his daughter Laura Waterman (Todd), grandchildren Brooklyn and Zack, sister Ann Cole (Bruce), and former wife Linda Wetherill Thomas. He is also survived by his long-term partner and advocate, Susan Rehm.

Services will be held at the Miramar National Cemetery on April 28 at 2:00 PM.