To share your memory on the wall of Nancy Slaff, sign in using one of the following options:

On Friday, December 18th, 2020, Nancy Lou (Hendricks)(Rose) Slaff of Campo, California, beloved wife, mother, and grandmother, passed away at the age of 82. Nancy was born to Willard Thurn Hendricks & Margaret Rhea (Butler) Hendricks on November 11, 1938 in the small mining town of Bisbee, Arizona, at the famed Copper Queen Hospital. When she was five years old the family moved to East County, San Diego, where she remained. She attended Grossmont High, El Cajon High and graduated from Helix High School.

She worked at North Island Naval Air Station where she was well respected throughout her career, primarily in Quality Control. While employed as a journeyman at North Island, she met and married William Henry Slaff. From that marriage she gained four step children, William Slaff, Jr., James Allen Slaff-Gruel, Charles Victor Slaff and Lori Ann Slaff.

Prior positions Nancy held included Border Patrol Matron and San Diego County Sheriff Reserve, both search and rescue and law enforcement. She achieved an Associates of Art Degree with an emphasis on child development. She published two novels, and had a regular column in the Alpine Sun called “While You Were Sleeping”. She was charitable and generous, loved her family and truly lived a full life.

She is survived by her husband William, 4 children, 4 stepchildren, 24 grandchildren and 16 great-grandchildren.

A private service will be held December 30, 2020 at East County Mortuary. In lieu of flowers, the family asks that donations be made in her name to St. Adelaide of Burgundy Catholic Church in Campo, California.
Read Less

Receive notifications about information and event scheduling for Nancy

We encourage you to share your most beloved memories of Nancy here, so that the family and other loved ones can always see it. You can upload cherished photographs, or share your favorite stories, and can even comment on those shared by others.

Posted Dec 29, 2020 at 08:20pm
My Name is Mike Short and I was sadden by the loss of my co-worker and friend. I worked with Nancy at North Island in the Quality Assurance dept. in the component and manufacturing programs for many years. Nancy was a true professional and fantastic writer. The world was a better place with Nancy in it. God Speed.

Posted Dec 27, 2020 at 09:58pm
My name is Don Jenkins and I remember Nancy very well when I was in Quality Assurance at North Island. Enjoyed working with her in the various aircraft and component programs for many years. She was a wonderful person who treated everyone fairly and really knew her job. Thoughts and prayers for Nancy and the Slaff family.

Posted Dec 27, 2020 at 01:22pm
I worked with Nancy at North Island. Such a kind person. I am so sorry for the loss to her family.
Comment Share
Share via: 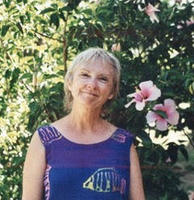