To share your memory on the wall of Marshall Bellows, sign in using one of the following options:

When Marshall returned to the United States with Ok Cha they would be married on October 27th, 1973 and remain faithful for 48 years. Marshall was honorably discharged from the Army in September 1976. A few years later he would start his 27 year career as an automotive refinishing technician. Marshall and his family would move from Chula Vista to Spring Valley in 1987.

Marshall enjoyed his time raising his two children, being a loving and devoted husband to his wife, visiting relatives, working on cars or things around the house as he was an avid do it yourselfer. He will be remembered for his love of connecting and having hours long conversations with friends, family or people he just met.

Receive notifications about information and event scheduling for Marshall

We encourage you to share your most beloved memories of Marshall here, so that the family and other loved ones can always see it. You can upload cherished photographs, or share your favorite stories, and can even comment on those shared by others. 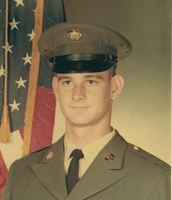