To share your memory on the wall of Mark Gonsalves, sign in using one of the following options:


Mark Angel Gonsalves left his home, at the age of 69, in El Cajon, California and joined his savior Jesus Christ, his parents and other loved ones in Heaven on Friday, May 14. His battle with liver disease and diabetes showed his courage for facing life’s struggles and his zeal for life until his final days.

Gonsalves was born March 11, 1952, in Waimea, Kauai in pre-statehood Hawaii. In a miraculous pre-mature birth, he was born to John and Ursula Gonsalves after only six months of pregnancy. He is the middle child of five children: Karen, Clifford, Johanna and Anthony.

On the 25 of December in 1971, he married Lisa Joy Simpson. They were married 49 and a half years before his passing. He knew early on that he wanted to marry Lisa, and he pursued her until she said yes. Together, they had four children.

Gonsalves worked very hard to provide for his family, at times working three jobs. If his children made a mistake in life, he took it on as his responsibility, and he used that emotion to look for ways to teach his children. He was a fixer and always sought to be the peacemaker in the family. He loved to teach them, and not just about life, as he also taught his children and grandchildren to work on cars.

Gonsalves joined the United States Marine Corps in December 1970. He retired in October 1975 as a sergeant (E-5), serving for five years in total. Later, he served two years in the Army National Guard with his two brothers. He also was in the civil service as a material handler at the Naval Air Station North Island for 17 years.

Gonsalves was a shopper, and he enjoyed finding his version of the best deal. He had an internal radar for garage sales and swap meets and often used as actives to spend time with his children and grandchildren. Whether with them or alone, he enjoyed finding unique gifts for his family and friends.

Gonsalves was best known among his community for his giving heart and selfless nature when it came to service. Once he heard of someone in need, he would immediately move to action. He took on others’ missions as his own.

Few have ever loved living life as much as Gonsalves. He loved his family deeply; his happiest place was surrounded by loved ones. He loved animals and often had a companion in the form of a dog or a bird. Even through his health struggles in his final years, Gonsalves always made efforts to take on new adventures and be with his beloved family, particularly his grandchildren.

Gonsalves also enjoyed fun and games. He was silly and loved telling jokes. He loved a good meme and excitably shared them with his grandkids. Likewise, he enjoyed playing bingo and slots. One of his final trips was even to Las Vegas with his wife.

Gonsalves is lived on by his wife Lisa; his children Julisa, Deanna, Shaunna and Mark; their families including 14 grandchildren and one great-granddaughter; and his four siblings as well many other family members who love him dearly.

A celebration of life was held at Grove Church on Thursday, May 20th. Donations can be sent to Grove Church in the name of Lisa Gonsalves at their address: 4562 Alvarado Canyon Rd, San Diego, CA 92120.
Read Less

Receive notifications about information and event scheduling for Mark

We encourage you to share your most beloved memories of Mark here, so that the family and other loved ones can always see it. You can upload cherished photographs, or share your favorite stories, and can even comment on those shared by others. 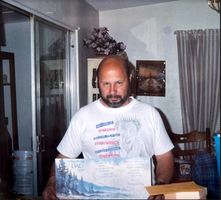 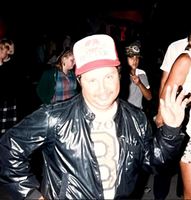 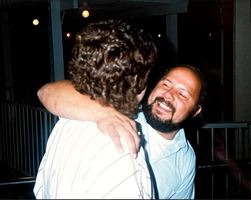