To share your memory on the wall of Lynda Jones, sign in using one of the following options:

Ed and Lynda welcomed five children over the course of the following 11 years. They welcomed Greg (1973), and Olivia (1974) within the first few years of marriage. After apartment living for two years, they purchased their first home at 10127 Montura Ave, Santee. In 1977, Ed and Lynda began making plans to design and build their own home in Eucalyptus Hills in Lakeside on 11445 Rocoso Road just after welcoming their third child, Byron (1977). Ed took a year off of work to build the house with the help of Lynda’s brother, Marty, while the family lived in a 10x50 used mobile home on the property. In that completed home, Ed and Lynda welcomed their last two children, Doug (1980) and Emily (1983).

When a larger piece of property became available in the neighborhood, plans for a new larger home were begun. This time, Ed drew the plans, and was the general contractor – but was too busy with his heating and air conditioning business, and being Bishop of the Santee 3rd Ward to do most of the building himself. In spring 1986 the family moved to their new home at Eucalyptus Hills Drive in Lakeside, CA. This is the home Ed and Lynda would retire in.

Throughout the early years of their marriage, Lynda was a dedicated homemaker and mother. When she discovered there was a piano teacher in Eucalyptus Hills, she made it a point to make sure that each of her children learned to play proficiently. Many of the children started lessons as early as age 4, and she would patiently sit by their side to help them practice, even when they weren’t patient in return. To this day, learning to play piano is a gift that each her children cherish. She would take her children to attend Suzuki Institutes in Utah and Arizona so that they had the opportunity to learn and study and perform. As a natural process, Lynda became a piano teacher herself, and opened up a studio in her home. She taught piano lessons all the way up until her illness prevented her from teaching. She was even able to teach some of her grandchildren.

Lynda was also an amazing gardener. Over the years, she canned many tomatoes, and dehydrated many apricots with the fruits and veggies that came out of the garden and orchard. Her fresh salsa was often devoured within minutes of being made.

She also became an incredible seamstress over the years, and made countless dresses for her girls, friends, and grand kids. These included baptism dresses, prom dresses, wedding dresses, and eventually made dresses for her grandbabies. She also loved sewing Halloween costumes for her grandchildren – and delighted in seeing them dressed up in something she made.

She always had a yearning to complete her education, and finish her Bachelor’s degree. When all children were raised, she went back to do some more undergraduate schooling at SDSU. While she never finished with a degree, she always enjoyed the pursuit of learning.

Lynda loved traveling with Ed, and her children. They enjoyed many trips over the years that included camping, backpacking, climbing Half Dome in Yosemite, and countless trips to visit their kids and grandkids in Utah, Massachusetts, Hawaii and Alaska. They also enjoyed foreign trips to England, Germany, Mexico, and Greece.

The family was very active in The Church of Jesus Christ of Latter-Day Saints, and Lynda served in a number of positions. She died peacefully at home with her family around her after battling Lewy Body Dementia for 10 years.

She is survived by her husband Ed Jones, and five children Greg Jones, Olivia Petersen, Byron Jones, Doug Jones, and Emily Welch. Her Legacy is added to with 22 grandchildren and 2 soon-to-be great grandchildren. Lynda was well known for her kind, nurturing, and loving nature.
Read Less

Receive notifications about information and event scheduling for Lynda

We encourage you to share your most beloved memories of Lynda here, so that the family and other loved ones can always see it. You can upload cherished photographs, or share your favorite stories, and can even comment on those shared by others.

Barry & Lee Baker, From the Sheppard Family, and other have sent flowers to the family of Lynda Jones.
Show you care by sending flowers

Posted May 10, 2021 at 09:14pm
Dear Ed, Lee and I feel so blessed to have known & worked with Lynda in the SD Temple. Her friendly & kind personality came thru in every time.

From the Sheppard Family

From the Sheppard Family purchased flowers for the family of Lynda Jones. Send Flowers

Posted May 08, 2021 at 09:54am
Please accept our most heartfelt sympathies for your loss... Our thoughts are with you and your family during this difficult time.

Language Dynamics Group purchased the Care and Compassion Spray and planted a memorial tree for the family of Lynda Jones. Send Flowers 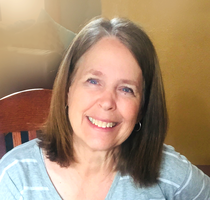 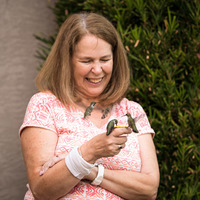