To share your memory on the wall of Laurence Loucks, sign in using one of the following options:

Print
Laurence Robert Loucks, born Virginian and 40-year California resident, who was a brilliant software engineer, passed away July 11th at his home at the age of 73.

Larry was preceded in death by his wife, Sue (Willis) Loucks, and his pa... Read More
Laurence Robert Loucks, born Virginian and 40-year California resident, who was a brilliant software engineer, passed away July 11th at his home at the age of 73.

Larry was preceded in death by his wife, Sue (Willis) Loucks, and his parents Robert and Lois Loucks, as well as his brother Danny Loucks(Anne). He is survived by his sister, Cheryl Vick, his sons Larry Loucks Jr., Virginia Beach, and Todd Moore (Theresa), San Diego, as well as his daughter Jann Marie Loucks, Virginia Beach, and Daughter-in-Law Mary Jo, Pensacola. He WAS BLESSED with 12 grandkids between the Pensacola and San Diego areas: Joshua(25); Bria(24); Bryson(23); Joel(22); Jacob(21); Baylee(19); Kyler(18); Jonah(17); Brenna, Brielle and Kalissa(16); and Brooke(13), as well as one great-grandchild, Iyla(7 weeks).

An amazing man who loved his family and invested in them always, even more so after he retired in 2004 from Intuit. He was witty, kind, sporty, and humble. He loved his wife of 20+ years fiercely and his family was constantly taken aback at how he wooed for her until her passing to cancer. Papa Larry always wanted people to get the most out of themselves and that is where is legacy is unmatched. He inspired quietly, pushed gently, and always gave his opinion only when asked for (which everyone who knew him asked for often).

The funeral service will be Friday, July 17th, at Singing Hills Memorial Park, in El Cajon, CA. at 12:30 PM. He will be laid to rest next to his wife whom he loved immeasurably.
Read Less

Receive notifications about information and event scheduling for Laurence

We encourage you to share your most beloved memories of Laurence here, so that the family and other loved ones can always see it. You can upload cherished photographs, or share your favorite stories, and can even comment on those shared by others. 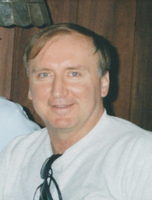 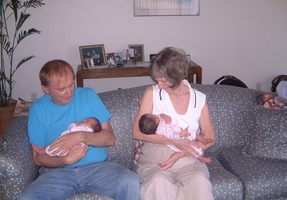 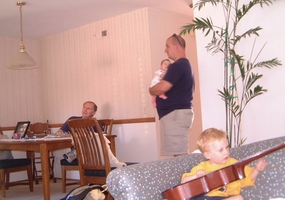