To share your memory on the wall of Joseph Vidali, sign in using one of the following options:


Dr. Joseph J. Vidali, Jr. was born on February 8, 1945 and died of natural causes on May 15, 2020, in his home of 43 years. He was 75. Many people might have known only one side of Joe, but he was equal parts renowned automotive enthusiast, successful entrepreneur, accomplished educator, ardent traveler, and loving father and partner. He was an unforgettable storyteller who wanted to make you laugh. Those who knew him were regularly peppered with his sayings and advice, which are layered into this obituary.


Joe grew up in Ojai, California. He went to Nordhoff High School, then graduated UCSB with a BA in Economics in 1967. He went onto an MBA, then a PhD at the University of Oregon in 1973. He was hired as a professor in the Business School at San Diego State University, where he published his research and was later tenured. He often spoke of his love of the classroom, and he frequently declared that education wasn’t only about learning a defined skill set, but was “learning how to read, write, walk, talk, and think.”


In 1969, Joe married Arleen, with whom he had two children. The same year he was drafted into the army and served, as he was apt to tell you, for “one year, nine months, and 11 days.” He brought his typical all-or-nothing approach to serving and was awarded the American Spirit Honor Medal at the conclusion of basic training at Fort Lewis. His decision to pursue a PhD allowed him to leave the army.


Joe often declared, “I don’t know what happiness is, but it has something to do with gasoline.” Joe was obsessed with cars and owned more than 100 in his lifetime, ranging from classics to hot rods, with favorites including a ‘34 Ford Victoria, a ‘39 Willys Overland Coupe, a ‘41 Ford truck, a ‘56 Chevy Nomad (with matching trailer that he designed and made), a ‘57 Jaguar, a ‘63 Studebaker Avanti, and several ‘64 Ford Fairlanes (including “the 427”). Always in pursuit of something faster and cooler, he bought and raced a Nissan GTR at age 66. He moved in and out of many car clubs, including the early Ford V8 Club (which awarded him their “dirtiest tail pipe” award), the Prowlers, and the Over the Hill Gang. His two daughters grew up with “on-ramp Dad,” as Joe would fiercely accelerate on freeway on-ramps to see what his cars could do.


Joe was a successful businessman, and after working at R.J. Software Systems and Mitchellmatix, he began Automotive Information Clearinghouse (AIC) in 1981, including the “How Many Are Left?” publication series. Over nearly three decades, he grew AIC into the major distributor of original automotive literature. On the phone and at automotive meets, many knew Joe by his long-time alias, Sam Egan, and he could sell just about anything for four times its worth and at least twice as much as you wanted to pay. He loved to jokingly sing, “The best things in life are free, but you can give them to the birds and bees, now gimme money, that’s what I want” (“Money,” Barrett Strong).


Joe loved his two daughters, Erin Vidali Proudfoot and Amy Vidali (born in 1974 and 1975), and he was deeply offended if anyone suggested that perhaps he wanted “boys who liked cars.” He was immensely proud that both of his children graduated from UC Berkeley. Erin works at Cal and fondly remembers taking trips to Clear Lake, discussing the power of melody and a song’s hook, and driving the Datsun roadster. Like her father, Amy became a university professor, and their discussions ranged from the joys of teaching to what makes a meaningful life to the future of free-market capitalism. She interviewed her father regarding his lifelong stutter and plans to write about it. Over the last few years, “Pop-Pop” steadily doled out his collectible toy cars to his three grandchildren (Carson, Darlene, and Lyle), while convincing each that he was pulling coins from their ears.


Joe had a deep love of traveling, particularly by car, though he also traveled to Europe, Russia, and China. He often quoted his loving and eccentric brother Bob: “It’s never taking time off to enjoy things, it’s always about taking time on to enjoy them.” Each July throughout their childhoods, Joe drove his children on long trips across the U.S. and Canada, hitting each state and most provinces in trips with titles like “North to Alaska” and “The Cuban Caper,” as well as vacations with fast boats and waterskiing. His second wife Gail, whom he said taught him “grace, charm, and style,” came on some of these trips, which were made in the ‘56 Chevy Nomad (and matching trailer). He always kept his window down and the music up. Joe swore that if he could only listen to one song for the rest of his life, it would be Steely Dan’s “Reelin’ in the Years.”


In Candaus (“Candy”), he found a love and a partner who shared his passion to travel, drive fast cars, and laugh with friends. Joe prided himself in always being prepared, and true-to-form, he left several versions of his own obituary, some more truthful than others. He ended the most recent version with this, which is surely true: “Joe Vidali will be missed for being so incredibly diverse, and always emphasizing the importance of education and achievement, but never forgetting he was an automotive mechanic. He always went 100 MPH in everything he did, no matter what it was, except with Candaus, his last love.”

A gathering of friends and family will occur when it is safe to do so.
Read Less

Receive notifications about information and event scheduling for Joseph

We encourage you to share your most beloved memories of Joseph here, so that the family and other loved ones can always see it. You can upload cherished photographs, or share your favorite stories, and can even comment on those shared by others.

Posted Aug 07, 2020 at 03:30pm
Joe was a great friend to both me and my wife Sheryl. He and Candy encouraged us to join the Early Ford V-8 Club and we made many good friends from that recommendation. When my 1937 Ford blew a tire on the way to a car show in Yuma, he stayed with my car (and drank all my beer) while I went to get a new tire. When I brought home a 1956 Ford truck, he spent several days over at our garage to advise me how get it running better. We enjoyed his great personality and his creative humor. Although we will miss Joe, he will never be forgotten. May your treasured memories bring you comfort during this time of great loss.
Sincerely, Rick and Sheryl Carlton
Comment Share
Share via: 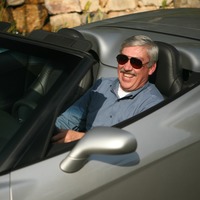 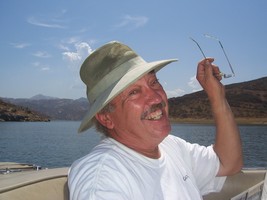 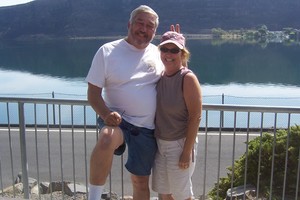 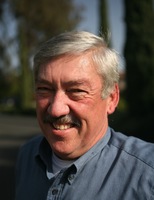