To share your memory on the wall of Janice Lester , sign in using one of the following options:

Provide comfort for the family of Janice Lester with a meaningful gesture of sympathy.

Janice grew up in the white mountain area of Arizona. She was born June 1, 1938, on the Solomon Ranch, one mile south of Shumway, Arizona, the daughter of Elbert (Bert) Drew Solomon and Gertrude Shumway Solomon.

Janice started school in the one-room schoolhouse in Shumway, Arizona, riding horseback behind her brother, Bert, to get to school. Later she attended elementary school in Taylor and Snowflake and high school at Snowflake Union High, where she graduated in 1956. Janice attended business school in Phoenix, Arizona, and was employed in that city for a few years. She later worked at Hill Air Force Base in Layton, Utah for several years.

On February 1, 1969, Janice married Linden Charles Lester of Michigan. They spent the first part of their married life traveling around the western United States in a motorhome with their Golden Retriever, Bammy. They lived in Salt Lake City, Utah; Drummond, Montana; and finally settled in San Diego in 1976 where they raised their two daughters, Rebecca and Rose, and later raised their grandson, Edward (Eddie) Lester.

Janice worked for the US Navy as a civil servant in San Diego until her retirement from Naval Audit Service in 2000. She was a voracious, lifelong reader and also enjoyed spending time with family, travel, crossword puzzles, music, and movies. She loved children and animals and was the best mother, grandmother, and caregiver anyone could have ever hoped for.

Janice is survived by her husband of fifty years, Linden Lester; her two daughters, Rebecca and Rose (Pedro) Solis, and her grandson, Eddie; two brothers, Bert (Velleda) Solomon, of Taylor, Arizona, and Will (Kathryn) Solomon of Snowflake, Arizona; three sisters: Gloria (Leon) Palmer, of Taylor, Arizona, Sandra (Kirk) Memmott, of Scipio, Utah, and Patricia (Michael) Munroe of Prescott, Arizona; and many nieces and nephews. She was preceded in death by her parents, Bert and Gertrude Shumway Solomon.

Receive notifications about information and event scheduling for Janice

We encourage you to share your most beloved memories of Janice here, so that the family and other loved ones can always see it. You can upload cherished photographs, or share your favorite stories, and can even comment on those shared by others. 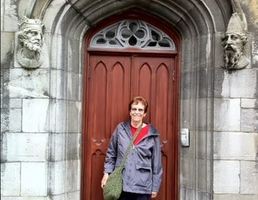 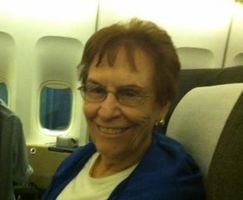 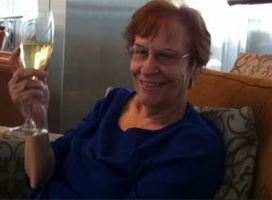