To share your memory on the wall of James Phelan, sign in using one of the following options:

Jim was born on March 25, 1947 in Chicago, Illinois to James and Kathleen (Ruane) Phelan.

Jim was born on March 25, 1947 in Chicago, Illinois to James and Kathleen (Ruane) Phelan.

Jim attended St. Kilian’s grammar school and St. Rita High School. He served in the United States Army, including one year in Vietnam (1966-1967). In 1969, Jim married his high school sweetheart Karen (McClain). They had two children, Chris and Heather. In January of 1989, he moved his family to San Diego, California. Jim dedicated his 40 year career to sales in the Graphic Arts industry.

Jim was an adored husband by Karen (McClain) Phelan; loving dad of Chris (Erynn Racky) Phelan and Heather (Russ) Shust; grandfather to Isaac Shust, Robert and Ryleigh Phelan; beloved brother to Michael (Pam), Mary (late Ken Rzepka) and the late Edward (Betty); loving uncle to many nieces and nephews. He was a cherished friend to many.
Read Less

We encourage you to share your most beloved memories of James here, so that the family and other loved ones can always see it. You can upload cherished photographs, or share your favorite stories, and can even comment on those shared by others.

Posted Jan 11, 2020 at 10:54pm
FLY WITH THE ANGELS DAD!! U WILL BE MISSED MORE THEN WORDS CAN DESCRIBE BUT ITS NEVER GOODBYE!! IN OUR HEARTS IN GODS HANDS!! LOVE U ALWAYS DAD❤️❤️😘💕😇🙏
Comment Share
Share via:
KL 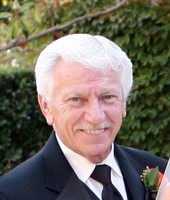