To share your memory on the wall of Gordon Ray , sign in using one of the following options:

Gordon was born and raised Catholic and at 18 years old joined the U.S. Navy on January 30, 1962 during the Vietnam War. He served on the USS Halsey, DLG 23 stationed in San Diego. Gordon started his own excavating business in San Diego called “Gordon Ray & Daughter Excavating” in the early 1980s. He continued grading until a few years ago until his cancer metastasized.

A very special thank you to all of the nurses, doctors, employees and pastors at the VA Hospital in La Jolla, California.

What Gordon left behind are the very best family and friends anyone could ever have! Gordon appreciated and loved you all so much.

The family would like to thank the San Diego Fisher House on the Naval Medical Center (34800 Bob Wilson Drive, San Diego, CA 92134) for providing its facilities for out of town family during this period.

For information, Call the East County Mortuary at (619) 440–9900. Online condolences may be made at eastcountymortuary.com.
Read Less

Receive notifications about information and event scheduling for Gordon

We encourage you to share your most beloved memories of Gordon here, so that the family and other loved ones can always see it. You can upload cherished photographs, or share your favorite stories, and can even comment on those shared by others.

Blooming Garden Basket was purchased for the family of Gordon Ray . Send Flowers 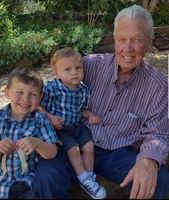 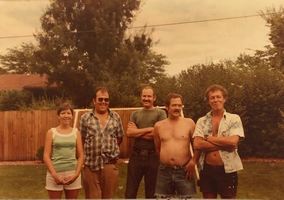 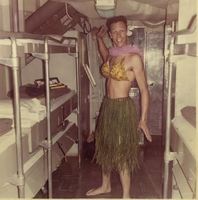 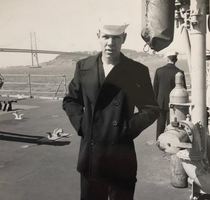