To share your memory on the wall of David Munoz, sign in using one of the following options:

A kind-hearted and gentle being. A man of good nature, resounding wit, and clever charm. A lover of life, his family and quality friends. A father to his four cherished boys, a father-figure to many, and now the father of fond and timeless memories of an unassailable titan, fond and true coveted in heart and mind. A brother who valued his two caring, committed and supportive siblings, and a brother-in-arms to a select few, with whom he stood brilliantly tall in his own forever-shimmering armor. A son to his two adoring parents, through whose nurturing he would develop a genuine radiance brought forth through his smile. A friend - striking, endearing and stalwart; continuing to provide reason to believe we're destined to seize the ray of gold cresting upon the distant horizon.

David weaponized a sure-handed expression and provided fodder to intensify perplexity, prior to dumbfoundedly reaping the rake with absurdities such as the memorable ""four-card-straight,"" which in the hands of the incompetent proves an ignominious hostage to fortune, but subterfuge in the hands of the sagacioius. David, who took elation with embellishment, always daring others to call his bluff with an entrancing, vibrant and captivating smile, which he so often used to signal that he had already claimed victory by providing challenge to those mired with the mundane mindset. David's mental prowess, always prominent and upon display as he worked almost magically to save the moment, save the day and even provide enough reach to save one's life. David, never one to give in, instead always preferring to give to others - for the purpose of hope, appreciation and acceptance in return. David, as casual as they come, (since boyhood days at Logan Heights' Memorial Park & William J. Oaks Boys Club, shooting hoops in chanclas and then scoping the scene on Highland in the very same chanclas, to his white-laced Chuck-Taylors peddling ideas while pedaling The Merckx, and even laid-back and smile-stretched when in wingtips - if absolutely necessary - for those special occasions) would rub elbows with laypersons or intellects alike and could just as well with what some might consider royal echelon by classing it up with a clean white Stafford t-shirt and winsome button-down, never of subservience to any, in his continuous search for the next best thing. David, motivated to be remembered in name by his own self-adopted moniker, Super Dave - inspiring and indeed super, he shall remain. David, may you hopefully now obtain what only all this time you had been in search to find and in doing so, may you stand in the image of nobility, at the highest hour of our brightest star.


David, in declaration, would incessantly provide insurance by invariably ""giving it the old college try."" David, providing comfort to his company, laughter lifting with levity at any signs of danger - always playing against the odds, self-assured and determined to be the victor in the aftermath, despite the brutality of the uphill battle. May a distinctive banner be tied to the sky high above the clouds in David's respectful recognition and the echo of his lifted one-liners such as, ""so you're saying there's a chance"" permeate throughout the ether. David so often readily dismissed dismay, dejection and despair, providing the delivery of delirium as a replacement. David, henceforth, always valorous, prodigal and exuberant, striving to avoid any much attention towards personal maladies - a display of courage in face of the demoralizing essence of time. David, always the youthful spirit - a wide-eyed youngster acting on every impulse gifted to him by nature, gallivanting about, ""like a gentleman,"" in perpetual chase to recapture a moment of an oft romanticized mythical summer of love. David, although often off-beat and lacking inherent rhythm, enjoyed the sentiment associated with the sound of a significant song, as melodic accompaniment, to the relentless ebb and flow of time's merciless tide. David, when the clock strikes and the last call thus alarms, we are hopeful that your brazen example shall provide the convincing inspiration for all to join the maestro in the incantation of Frank Sinatra's, ""My Way"" played boisterous and loud, as we knew David to be; a quite fitting theme-song to remember you by as we blindly dance forward into the tenebrous night seeking even more memories with you. And David, may we always remember, recount, smile, laugh and rejoice because of the esteemed time and space earnestly shared with you - alas, until we meet again.

David steadfastly intriguing, imposing and intimidating at first glance, prior to breaking ice through salutary epic peroration - a countenance changing orator. David, equipped with a forever flaunting talent of finding absolute, often awkward, words accompanied by a wink, a gleaming smile, or a hearty laugh meant to encourage a double-take from the targeted audience. David stood proud & reveling at the head of an assemblage of surely ascertained partakers given the unreasonable reassurance of his unwavering confidence, yet still left in doubt due to the extent of his gaudy lore. David had the power of persuasion, wielded with the utmost skill like a chessmaster dissecting the playing field, determined to remain three steps ahead in the mental joust. David, never much to taking orders, sought the sovereignty of self-sufficiency and thus geared himself for the mental grind seeking insight from texts and tarmac alike, as well as from personable exchanges - at times scholarly, at times street-wise, quintessentially serendipitous and stouthearted. David readily actualized the awards of the mind and would venture upon copious entrepreneurial enterprises - international even - fronting fashion while rekindling bygone days on Revolution, to a mirror & glass repair business, to a rental car operation, to a side-gig aftermarket distribution endeavor, to having stakes in investment properties, as well as igniting a start-up credit-repair company - attempting to expunge the documented reputation of those befallen by financial burden - in each, steadily ready to confront and discount the dissuasive disposition associated with risk. David's self-driven initiative resulted in innumerable business ventures where he'd spend years upon years in the practice of being boss of his own. David, always with wheels turning - attempting to master the mechanics of the mind. Many may have thought that because of Dave's Auto Works and Spectrum Auto Body, that David was primarily ""a body guy"" (evidenced by the whooping of his most memorably enticing mantra - presently polished for poetic purposes and presented with lustrated paraphrasing - ""lured by the songs from the seductive sirens, potent potations aplenty, with possibilities abound"" - all the while, David, reveling in the recourse...the events proceeding will be left as suspended being innumerable enough to hyperbolically flood libraries full of legends - truth lies paradoxically with those who have stood in witness) and profited from working with automobiles, but that's only true at surface level. David's profession was an investment into people, as he provided profit through relationships. David used his keen social intuition and handed out gifts to others in the form of words, warm embraces, live comedic episodic classics - waggish by design, and so much more. David gave people reason to smile, laugh, believe, and hope. David gave people reason to give him their heart. However, he'd never take it for keeps. He seemingly just wanted to know if you'd dare reciprocate his offer.

David, as the old story goes, had been cast in the underdog role. However, our David refused to play the part and so he instead cast his own mold. David, with resounding determination, always insisted rather upon the role of the favorite as he strutted about - big, bold, proud, and determined to draw the attention and admiration of others, with an unsurpassed confidence. With dignity and ease, he demonstrated how to turn fear into bravery, an error into a gain, a lifeless gathering into a joyous event, and most brilliantly, a friend's concern into an opportunity to lend a helping hand. David - a wild stallion nudging forth within the paddock, eagerly chomping at the bit anticipating the foray, jumping-the-gun, determined to go wire-to-wire to lead the herd; steadfast with his gifted wit, keen charm, and unrefined intelligence seeking to provide opportunity for others and in turn earning unwavering friendship. And so with that same boundless determination, David's story is destined to live beyond the last beat of his miraculous heart and beyond that day when we all reach for our final gasp of breath, and even beyond that future moment where we will once again be welcomed by the feeling of a familiar love... as David, undoubtedly, will be there to greet us all, providing a beacon amongst the abysmal dark, beyond the familiarity of our existence and into the great eternal unknown. May you rest in peace and forevermore be free of any pain or suffering. May eternity test your merit, earn your respect and hold you in high regard, as is your just due.
-J.G.F.

To further support the family please consider contributing to the following Go-Fund-Me:

Information regarding services will be forthcoming.

Receive notifications about information and event scheduling for David

We encourage you to share your most beloved memories of David here, so that the family and other loved ones can always see it. You can upload cherished photographs, or share your favorite stories, and can even comment on those shared by others. 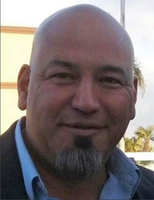 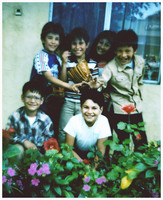