To share your memory on the wall of Carolye Heald, sign in using one of the following options:

On January 19th, 2021, Carolye Yvonne Heald age 76, of El Cajon, California passed peacefully from this world to be with her Lord. Her two children were with her at her side. She is survived by her par... Read More
OBITUARY FOR CAROLYE YVONNE HEALD

On January 19th, 2021, Carolye Yvonne Heald age 76, of El Cajon, California passed peacefully from this world to be with her Lord. Her two children were with her at her side. She is survived by her partner Dean Moxley, sister Janie Ponce of Ramona California, 2 children Jodie (Campbell) Evans and spouse David Evans of Austin Texas, and Mark Campbell of Lakeside California, two grandchildren (Abbie & Emily Evans) and three great grandchildren (Summer, Autumn & Destiny Campbell). She is preceded in death by both her parents, brother Danny Heald and grandson Mark Campbell Jr. Carolye was born in Hawthorne California on June 14th, 1944 to Russell and Olive Heald.
A very special thanks goes to her longtime caregiver, Diane DeLuke who loved and cared for her like her own mother and Carolye looked to her as another daughter.

She lived in the Los Angeles area during her childhood and worked for Max Factor cosmetics for many years there. As a child, her Aunt took her to the filming of the Art Linkletter Show and he looked out into the audience for the girl with the biggest smile and Carolye was chosen. When she received pearls as her prize, she immediately gave them to her Aunt who brought her there. This is an example of who she was as a person. Carolye was a very giving and kind person who had a huge heart for people who had less than her; she was always making room for people to stay with her when they were down on their luck.

Carolye’s quick wit, sense of humor and sarcastic banter will be missed; she spoke her mind whether you wanted to hear it or not which people loved about her. Her love and compassion for others will be her legacy living in our hearts forever. She is flying with the angels now! A private memorial is planned.

Memorial gifts can be made to Father Joes Village in San Diego who provide critical programs & services for people experiencing homelessness.

Receive notifications about information and event scheduling for Carolye

We encourage you to share your most beloved memories of Carolye here, so that the family and other loved ones can always see it. You can upload cherished photographs, or share your favorite stories, and can even comment on those shared by others.

Plant a Tree in Memory of Carolye
Plant a tree 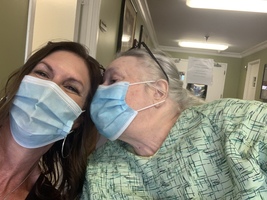 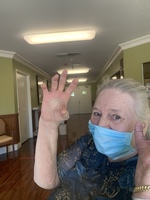 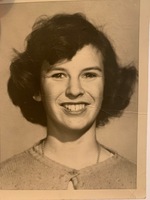