To share your memory on the wall of Anthony Orlando , sign in using one of the following options:

Tony is survived by his loving mother Lenore Wian of San Diego, His father Anthony Orlando of Los Angeles, His sister Jennifer Orlando, his nephews Kaden and Shea, His aunt, uncle, and cousins Robert, Helena, Dylan, and Julian Unger of Boulder, Colorado.

In lieu of flowers donations can be made in Tony's name to the American Cancer Society.
Read Less

We encourage you to share your most beloved memories of Anthony here, so that the family and other loved ones can always see it. You can upload cherished photographs, or share your favorite stories, and can even comment on those shared by others.

With Love - Nasir & Janelle sent flowers to the family of Anthony "DjTone Capone " Orlando .
Show you care by sending flowers 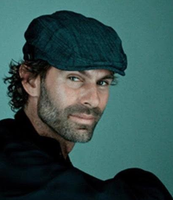