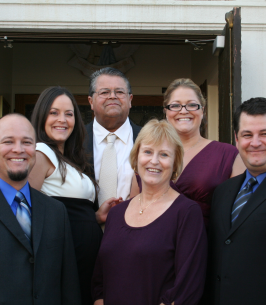 Andrew Lozano, known as Andy to his business associates and friends, 73, passed away on Monday July the 11th, 2022, after succumbing to cancer enduring over a four-month battle where he never gave up. He passed away at Sharp Memorial Hospital surrounded by his four natural born children and his eldest grandson.

Andy provided for his family his entire life starting at an early age when he worked with his father Max pouring and finishing concrete after school and over weekends. After high school, Andy started a career in the sheet metal industry. Once completed with his apprenticeship under his mentor and lifelong friend Merlin Kessel, Andy became a skilled welder and sheet metal mechanic and started Western Bay Sheet Metal & Marine with his brother-like-cousin, Larry Gonzales, and business partner, Jim Kropf. The company operated successfully for many years completing tens of millions of dollars in sales along with some of the most architectural and ornamental aesthetically pleasing projects in San Diego County and throughout the State of California, including the UCSD Biomedical Library, UCSD Price Center Expansion, US Navy Lemoore Hospital Replacement, US Army Fort Irwin Hospital Replacement, multiple buildings for all of the local school districts, multiple buildings in MCB Camp Pendleton along with multiple buildings at the new US Navy Coastal Campus.

Andy was a wonderful mentor and father and was involved in all of his children’s and grandchildren’s lives, including coaching for many of his children’s baseball and softball teams. Andy enjoyed surprise family weekend trips to Las Vegas at the last minute and dove hunting trips to the Imperial Valley. Andy was also a history buff and enjoyed travelling with his family and also alone. He went to Mexico several times, including several family trips to Cancun and Chichen-Itza and also solo trips to Asia and Thailand.

Andy was a stubborn and ornery man and battled his illness the entire time until the bitter end and he will be dearly missed by all of his family and all that have come to know him.